When One Door Closes, Fly To Australia

In 2014, after my traditional travel agent position I had held for twelve years ended, I took a brave step and ventured out as an independent travel counselor, launching Adventure Marketplace.

Early that spring, a window opened and I was invited by the rep of one of my preferred tour operators (GAdventures), to join in on their educational journey to the outback of Australia. On the morning of April 24th, I flew from Boston via Toronto, Vancouver and Sydney (a 15+ hour flight) onto Adelaide.

Including all layovers, the journey lasted approximately 35 hours. April 25th disappeared while crossing the time zones and I landed in Adelaide on my birthday, April 26th, making this the longest birthday of my life…close to 36 hours. 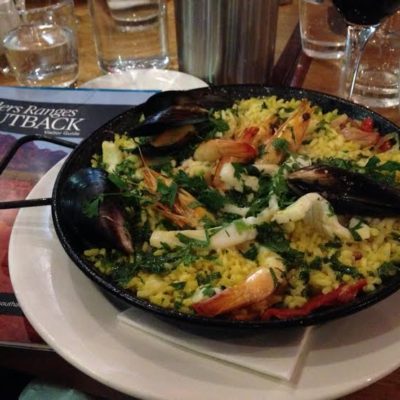 Our Awesomestralia experience began in Adelaide, a town originally built as a defense presence; it is now known as the city of churches, a produce mecca and one of the top wine regions in the world!  We enjoyed an amazing welcome dinner and I had a most delicious birthday Paella!

We headed north the next morning into the “Red Center” of the continent or OUTBACK, traveling through the Clare Valley Wine region enjoying a wine tasting and tour at Seven Hill Winery built by Jesuit priests which is where I spotted my first kangaroo hopping amongst their grape vines.

Our gallant guide Damian prepared a phenomenal lunch at a public Barbie where he grilled giant prawns, salt/pepper calamari and steamed barramundi which was served along with fresh local fruits and salads.

That evening we arrived at Beltana Ranch; a sheep and cattle ranch run by Laura and Graham!  Travelers are welcome to come and stay for a night or longer and might be put to work if they are willing. We were treated to a feast of roasted lamb, kangaroo, beef, potatoes, veggies, a yummy native peach/coconut dessert and a ranch style bonfire! 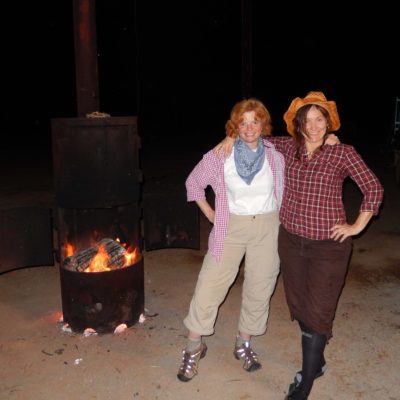 As the starting point for expeditions to Western Australia, some of the first camels were imported to S. Australia at Beltana Station which in 1870’s became the largest depot for camels!  Who knew?

Jetlag had me wide awake before dawn and so I took a walk-about the ranch and watched the sunrise. As I breathed in the view of the vast horizon and pastel sky I was surprised by a loud TWANG, then a thump, thump, thump. Again, Twang…thump, thump, thump . I wasn’t afraid, just curious and then it became clear…a kangaroo had jumped over the barbed wire fencing and hit his hind legs on the top wire, creating a sound like that of a base guitar.  He looked at me and then continued along his way, having treated me to this early morning song of the wild Outback. 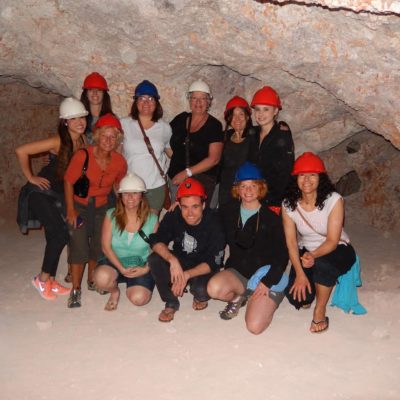 From Beltana to Flinders Ranges towards Williams Creek, we worked our way north, stopping for a tromp at Great Salt Lake Eyre and the Bubbler thermal springs. On to Coober Pedy with its underground town, cave hotel and opal mines, a visit to a kangaroo orphanage and rescue/rehab center and then to Uluru or Ayers Rock which is sacred to the Aboriginal Ananu people, is a World Heritage site and home to over 130 bird species and reptiles.

Leaving the outback, we flew from Uluru to Cairns, the kick off point for adventure tours to the Great Barrier Reef, rainforests and indigenous inland people!

Perhaps I’ll share more details of the rest of my journey from Cairns to Cape Tribulation in another article…for now I’m savoring the memories of this adventure and the song of an Australian Outback kangaroo at dawn that only came my way after one door closed. 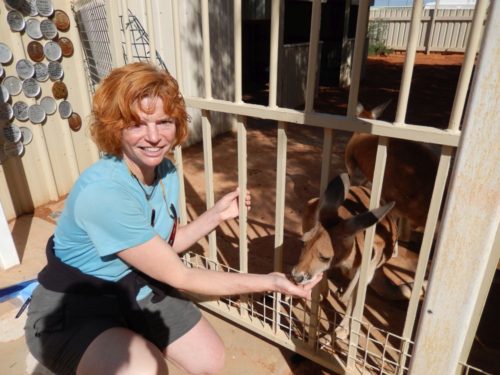